On July 1st of every year there are significant changes announced to the Australian skilled migration program.

It starts with the changes made to the Skilled Occupations List (SOL). These changes effect both the the Subclass 189 Skilled Independent visa and those that are applying for Subclass 489 Skilled Regional visa and have an eligible relative sponsoring them.

The occupations for nomination in 2016-17 , aside from the Northern Territory which was announced in April 2016, are pending. The dates we have been given for changes to be announced are below: 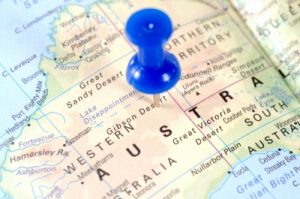 In addition to your occupation being listed on a state/territory list, there are a number of other criteria that needs to be met. The criteria is determined by the state/territory that you are applying to. This additional criteria can include some, or more, of the following:

If you could like to discuss the above please get in touch.

Skilled Occupation List (SOL): 2016 to 2017 …..more of the same ̷... The times they are a changing – in Australia, the UK & the EU
Scroll to top
Manage Cookie Consent
We use cookies to optimize our website and our service.
Manage options Manage services Manage vendors Read more about these purposes
View preferences
{title} {title} {title}