This week the DIBP have announced some significant changes to their visa programs.

The changes have focussed on employer sponsored visas.  In particular the abolishment of the Temporary Work (Skilled) Subclass 457 visa.

The Subclass 457 visas will be replaced by a Temporary Skill Shortage Visa. The new visa will be restricted to critical skills shortages.

The new visas will be in two streams that focus on genuine skill needs. The streams are:

Applicants will need to have an occupation on either of the newly released skilled occupation lists – see below – known as the MLTSSL or the STSOL.

In addition the streams will include requirements for the applicant to meet labour market testing (with a few limited exceptions),  mandatory criminal history checks, a market salary rate assessment and a new 2 year work experience requirement. Employers will also need to meet higher training obligations for Australians.

The DIBP have removed and replaced, with immediate effect, the following occupation lists:

The most newsworthy changes to these lists includes the removal of 216 occupations that previously sat on the CSOL.

The changes to the skilled occupations lists has effected any unlodged GSM visas with immediate effect.

The above just touches on the changes that have been announced. If you want to discuss your eligibility under these change please get in touch. 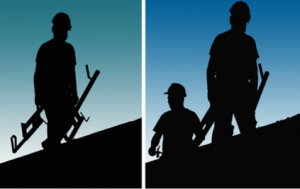