Archive for category: Starting up business in Australia

You are here: Home / Blog / Starting up business in Australia

The DHA have announced changes to their business and investment migration program.

Details about the current business and investment visa options can be found here .

If you would to discuss your options please Contact Us.

“Victoria has temporarily closed applications for nomination of certain business and investor visas.

Victoria is currently experiencing a high volume of applications for nomination for select business and investor visas. To help manage this demand, and meet our service commitments to you, we are temporarily not accepting new applications for the following visa sub-classes:

We will continue to assess all nomination applications received prior to 5 January 2019, however please be advised delays may occur in providing outcomes for these applications.

Your interest in the Business Innovation & Investment Program is highly valued and we hope to reopen the program shortly. We cannot provide a specific date or timeframe at this point, however encourage you to visit the Live in Melbourne website regularly for program updates.”

If you have any questions regarding Victorian business migration, either now or in the future, please Contact Us.

There is an interesting follow up to my post last week stating that Australia needs a new business visa pathway for start ups.

The business detailed in my post, Disrupt, has now already been offered homes in a number of countries. Reportedly the UK, US and China. Whilst Disrupt will no doubt use these offers as currency – in either trying to obtain the best conditions for a move, or to potentially pull off an (unlikely) reprise for their deported COO – the lessons need to be heard. 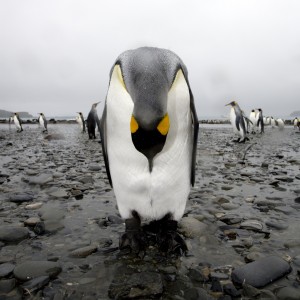 Australia & Entrepreneurs – Head down or head up?

Australia can’t afford to put their head down and avoid the message. Countries are willing to fight for the best young, innovative business talent out there.

Whilst Australia is full of talented people – it doesn’t have all the skills it needs within it’s population to deliver the change the business environment needs – neither can it afford to lose entrepreneurial talent such as those in Disrupt.

An interesting story appeared today in the Australian press.

The details are in this press article, however the story focuses on Chris Bailey, who along with an Australian business partner set up a successful and fast growing start up buisness called Disrupt in Sydney. This was before he was deported from Australia for lying about completing his mandatory three month fruit picking stint in order to extend his working holiday visa.

It, again, reinforces the problem that Australia has with innovation and visas. In particular how does the Australian visa program support innovation and start ups. In an increasingly competitive international, innovative and digital world, it forces us to consider: 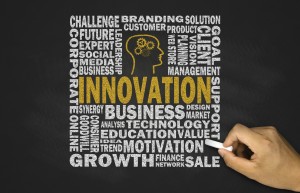 Whilst most people are of the view that visa compliance is important to the integrity of the visa system, there comes a time when common sense and vision must prevail. There needs to be a solution for someone willing to put their hand in their pocket – figuratively and/or literally – with what appears to be a track record of starting and managing small innovative businesses.

At present there is no such option available to individuals with this talent. They need to either meet relatively stringent criteria in the business innovation and investment program, usually beyond the means of innovative young business people, or they are lost to Australia before they get there. Alternately they need to be sponsored by a business and be paid a market rate salary for the position that is held. A not insignificant cost for any business, let alone one at the start of their journey.

A new visa pathway is needed

So what’s the solution? At this point in time it is difficult to outline a complete visa solution. However a temporary residency visa that encourages people with a combination of the below could be considered.

As a follow up to this visa there should be a clear pathway to permanent residency, or a visa extension if the start up is tracking well. This should not be done at the expense of those business people and investors who meet the current criteria, however it should be incorporated into the overall program.

Unfortunatley it would not help Chris, but it could provide a catalyst for the next Chris to find a way to get to Australia and either stay, or leave a legacy for locals to continue with.

Disrupt have also commented on it as well via Linkedin.

Leaders are Learners – starting up business in Australia

When businesses look to set up operations in new markets, such as starting up business in Australia, it is usually because they are a leader in their domestic market and they wish to succeed in other parts of the world.

However packaging up what you offer domestically and sending it overseas does not guarantee success. To be successful on an international stage businesses need to see what has gone before them, learn from it and adapt what they already have for that new challenge.  This is equally true for whatever it is you do as a collective, be it business or sport.

I first came across the term Leaders are Learners while reading “Legacy, 15 Lessons in Leadership” written by James Kerr. The book is about the New Zealand All Blacks, possibly the greatest sporting team in the world at present but – and as a passionate Australian rugby fan it pains me to say it – undoubtedly the greatest team in the 140 year history of international rugby.

What prompted me to title this piece Leaders are Learners was an event I attended earlier this week at Murrayfield Stadium, the home of the Scotland Rugby team, in Edinburgh. Coincidentally this event was on the week that Scotland are due to play New Zealand, and through the windows of the function suites at Murrayfield I could see the Scotland team preparing for the upcoming match. At this point I should add that despite 29 games between them that Scotland have never beaten the All Blacks.

The event I attended was called ExploreExport 2014 and was run by UK Trade and Investment (UKTI) and Scottish Development International (SDI). It was a one day event for Scottish businesses to learn about export opportunities and some of the considerations of doing business in new markets. The event included a number of seminars delivered by SDI staff and successful Scottish business owners with operations in overseas markets as well as the chance for businesses to meet with trade representatives from over 60 countries markets around the world including Australia.

I attended two seminars. The first about International Ecommerce and the other Developing Products and Services for International Markets. The seminars were great and had that balance between common sense advice as well as some specific examples of successes and failures that companies had come across when opening up in new markets.

After attending these seminars, as well as having spoken to a number of business owners and SDI staff, there were three lessons that became clear in my mind for these businesses:

So bearing in mind the lessons I took away this brought me back to the All Blacks. The All Blacks are phenomenally successful and one of key parts of their leadership status, and stressed in Legacy, is their attitude to learning. They take what they are good at and build on it year after year. Despite the number of star players they have they maintain the ethos that champions do extra and they challenge themselves to improve and be different even when they are the best. However they ensure that they maintain the team ethos and that there is a shared responsibility between players, coaching and support staff.

The key for opponents of the All Blacks, like Scotland this weekend, is to learn what lessons they can from them and elsewhere but to be their own team and have a plan unique to their strengths. And this is pretty much the same lessons for businesses that were conveyed at ExploreExport 2014.