Archive for category: IT skills

You are here: Home / Blog / IT skills

On the 1st July 2017, the Victorian Skilled and Business Migration Program is reopening applications for ICT occupations. Applicants who are nominated by Victoria may be eligible for: 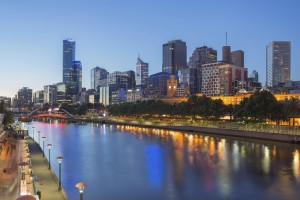 The ICT occupations for nomination are below. All applicants must meet Proficient English and have at least 3 years experience.

November, 2016 – The Victorian government recently provided an update about their nomination program. The details are below. If you would like to discuss this, and how it applies to you, please get in touch.

Due to a large volume of skilled visa nomination applications received, applications for Information and Communications Technology (ICT) occupations will not be accepted from 11 November 2016 to 6 March 2017.

The closure will be for a period of four months, however further updates will be provided should this be extended.

The occupations affected by the temporary closure are:

This temporary closure will allow processing of all outstanding applications and reduce the risk of delay for future applicants.

All applications currently in process, and received prior to this date, will be assessed against current guidelines and an outcome will be provided in due course.

Applications for all other occupations eligible for Victorian Government visa nomination remain open.

Of particular interest, and in line with the recent Deloitte Access Economics and Australian Computer Society (ACS) report is the POTENTIAL addition of some new IT occupations to the SOL from 1 July 2016 onwards. They include the following:

If you are an IT professional and you would like to look at your POTENTIAL opportunities for Skilled migration, either now or in the coming months please get in touch.

Every week that goes by we see article after article confirming the IT skills shortages that exist, and will continue to increase in Australia.

Late last year the Australia & New Zealand president and managing director of SAP, John Ruthven, expressed his concerns for Australia’s critical skills shortage in IT. He was quoted as saying “Society is marching to the tune of technology, yet Australia’s IT skills shortage is becoming critical”. Full article.

This is further enhanced by a recent – March, 2016 – joint report by the Australian Computer Society (ACS) and Deloitte Access Economics. The report looked at how digital disruption is changing business  and its effect on the workplace in Australia. It’s findings were that Australia will require more ICT workers. With demand for a further 100,000 workers over the next 6 years. Full report.

The reasons behind the disparity between what is available and what is needed is recognised as being due to many reasons. Some of these include the DOCTOM bust of the 2000’s and the Australian resources boom that distracted students from taking up Computer Science study over the last decade. In addition the lack of women taking on computer science course has also had a marked effect on the skilled IT human resources available to employers in Australia.

This shortage is evident by the number of IT places that are available for nomination under the 2015-16 skilled occupation list for the Subclass 189 visa. To date over 80% of the IT occupation have been filled as below

If you are an IT Professional and would like to discuss your visa eligibility please get in touch with us.

In addition to the above there are opportunities for state nomination in additional IT occupations. Recruiters are also often in touch to ask us about clients who are going through the skilled process as an IT professional or have recently had their visa approved.