Archive for category: immigration to australia

You are here: Home / Blog / immigration to australia

As mentioned previously in this blog, changes to the Australian visa program are due to be announced from 6th October, 2020. This date marks the day the delayed 2020 budget is to be released.

While the details haven’t been confirmed it is expected that the Australian visa program numbers will be greatly reduced, and focused on skills that assist Australia’s economic recovery.

It is expected that the states/territories will also announce their nomination programs shortly too.

In response to COVID-19 the DHA have announced further policy changes to visa holders currently in Australia. These changes effect:

The statement from the DHA is below. If you want to discuss how this effects you, please Contact Us.

Australian have continued to develop their response to the COVID-19 pandemic. In addition to Australian travel restrictions announced last week the Australian government have announced further measures

All travellers entering Australia are now be required to undertake their mandatory 14 day self-isolation at designated facilities. These facilities will be determined by each state and territory and may be hotels.

The details provided on the DHA website are as below.

Restrictions in place until: Further notice

If you want to discuss how this may effect your Australian travel plans, current visa application or current visa status please Contact Us.

There have been a lot of changes to the GSM program in recent months.

Contact Us to discuss these,  and stay tuned to this Blog for further information …

Business and Skilled Migration Queensland have announced the following:

BSMQ is now closed to receive EOI’s for the General Skilled Migration Program (GSM). The program will open again in the new financial year in July 2019. We will provide new QSOL lists and eligibility criteria prior to the program being re-opened in July will published on the BSMQ website.”

If you have any queries about what your visa options are please Contact Us.

Thank you for stopping by our Blog. We try to provide our news & views on Australian immigration as often as we can.

If you want to search through what we have published in the past please look at the Categories and click on a subject that is of interest to you.

Please feel free to share these on Social Media. 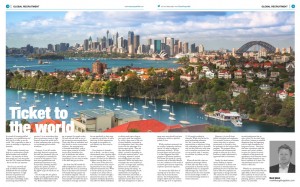 If you can’t find what you are looking for, please Contact Us.

The WA Government have announced the below.

Western Australia has temporarily closed applications for State nomination for the Business Innovation and Investment provisional visas pending the release of additional places by the Department of Home Affairs. We value your interest in our program and encourage you to check this website regularly for updates. We hope to reopen the program shortly.”

If you have any questions about the above please Contact Us.

“Victoria has temporarily closed applications for nomination of certain business and investor visas.

Victoria is currently experiencing a high volume of applications for nomination for select business and investor visas. To help manage this demand, and meet our service commitments to you, we are temporarily not accepting new applications for the following visa sub-classes:

We will continue to assess all nomination applications received prior to 5 January 2019, however please be advised delays may occur in providing outcomes for these applications.

Your interest in the Business Innovation & Investment Program is highly valued and we hope to reopen the program shortly. We cannot provide a specific date or timeframe at this point, however encourage you to visit the Live in Melbourne website regularly for program updates.”

If you have any questions regarding Victorian business migration, either now or in the future, please Contact Us.