The states & territories have been provided some of 2022-23 visa allocations and are opening up nomination for the following visas:

As a consequence a number of state/territory governments have either released their nomination requirements, or will do so very soon.

For further information for each state/territory please check our blog in the coming days & weeks, or get in Contact.

Following SA opening up 70 occupations to offshore applicants in September, they are now opening up further. 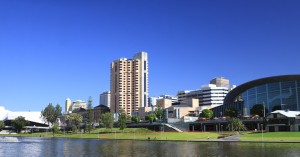 From 10am, local time, Tuesday 2 November 2021 the following engineers can also apply to be nominated by SA.

If you have any questions about a visa application and/or a nomination then please Contact Us.

The skilled visa program is currently  closed to offshore applicants. This will be reviewed in December 2021. 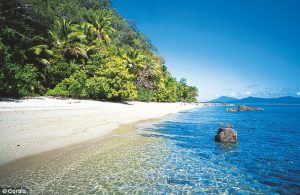 To be eligible for Queensland Nomination an applicant must meet the DHA criteria:

* Some occupations are subject to quotas:

** Applicable regions – You must live and work within one of the following post codes to be eligible for the Subclass 491 visa:

The number of invitations issued:

Further occupations have been added to the PMSOL

Whilst Australia has continued to confirm its previously stated commitment to skilled migration, it is still yet to re-open fully.

Now we have entered a New Year we are hopefully we will start to see some subclass 189 visa invites issued this month.

If invites are issued it is likely to be for those in occupations on the Priority Migration Skilled Occupation List (PMSOL). The 18 PMSOL occupations (ANZSCO code) are:

For applicants hoping to be invited for either the Subclass 190 & 491 visas state/territory nominated visa , the focus remains very much on applicants already in Australia. Unfortunately at present the options for offshore applicants are very limited. A current status for each state/territory is below.

If you would to discuss your options and/or register your interest for updates,  please Contact Us.

As mentioned previously in this blog, changes to the Australian visa program are due to be announced from 6th October, 2020. This date marks the day the delayed 2020 budget is to be released.

While the details haven’t been confirmed it is expected that the Australian visa program numbers will be greatly reduced, and focused on skills that assist Australia’s economic recovery.

It is expected that the states/territories will also announce their nomination programs shortly too.

In recent times there has been significant reduction in number of invitations issued to applicants to apply for a GSM visa. This has been based on a general reduction in visas invitations offered by the DHA and – understandably – the effects of COVID19.

Whilst there appear to have been no formal announcements by the DHA, the GSM program has to a certain extent been put on hold as of 1st July, 2020. This date marks the new Australian financial year.

It is understood that the Australia government is considering how best to shape the migration program post COVID19.

If you are an applicant who has submitted an Expression of Interest (EOI), or you hope to apply in the future, you can however be confident that the program will re-open soon and states/territories will be able to provide clarification about their programs.

The ACT have advised that the guidelines for for any nomination applications submitted for a Subclass 190 or Subclass 491 visa after 1 July, 2020  are “To be advised”.

NSW is currently closed for accepting any nominations under the General Skilled Migration (GSM) program for the Skilled Work Regional (Provisional) Visa (Subclass 491).

At this stage, onshore GSM nomination applications will continue to be accepted and assessed, but no nominations can be issued until the Northern Territory has been allocated quotas for the 2020/21 financial year.

The Queensland State Nomination Skilled Program is closed. This includes both the Skilled Work Regional (Provisional) (subclass 491) and Skilled Nominated (Permanent) (subclass 190) visas. Queensland has not yet received advice fromDHA in regards to their nomination allocation for financial year 2020/21 and when we they be able to re-open the skilled program.

Western Australia have made no specific comments with regards to their nomination program.